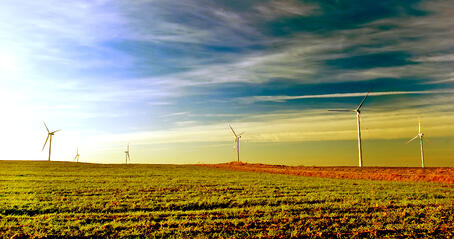 President Obama had everyone on their toes last month regarding the Fiscal Cliff, which also included the review of the Production Tax Credit (PTC). In an apparent last minute effort, the president said White House and Senate negotiators have agreed to “extend tax credits for clean-energy companies that are creating jobs and reducing our dependence on foreign oil.”

The PTC has been a major driver of wind power development over the past decade. It provides a 2.2 cent per kilowatt-hour tax credit for the first ten years of electricity production from utility-scale turbines; however, Congress has repeatedly gone back and forth between expiring and extending the PTC.

Preserving the tax credit is a major triumph for the wind power industry. Critics have argued that the industry is now mature enough to survive without the tax benefit, however, wind producing companies still feel it is important for US infrastructure, and would agree that phasing it out over the next few years would be a much better solution.

Wind companies pushed for a two-year extension, arguing that anything less would provide little certainty to investors in wind projects, but the industry later backed off and supported the extension for just one year. On a positive note, the qualification process was changed in their favor as well. The one year extension now pertains to projects “started” before December 31st, 2013, rather than like in the past, when the project needed to be “producing power” before the projected deadline.

Many projects had been put on hold in 2012 because wind developers knew the PTC was due to expire. The uncertainty caused wind developers to delay their projects, reduce their employees, and even close their doors because of lack of business. Now that the PTC has been extended, companies are dusting off their components, and pushing to get everything back up and running as quick as possible.

The American Wind Energy Association (AWEA) estimates that the PTC extension has protected ~37,000 jobs within this industry, however, we still need to be concerned with the jobs that have been already lost in 2012. In some aspects, the damage has been done, and introduces another important question “Is a one year extension enough”?