ebm-papst engineers tell it from ‘the pits’: Part 1

ebm-papst believes that experience-based learning is the best way to get our kids excited about science and technology…and have a blast along the way. Every year, our company and its employees devote time, resources and expertise to turning this belief into reality.

FIRST stands for “For Inspiration and Recognition of Science and Technology.” This year’s FIRST Robotics Competition Connecticut Regional, sponsored by UTC, was held March 29 and 30 at the Connecticut Convention Center. 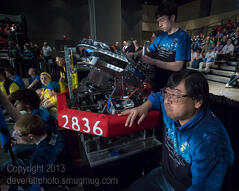 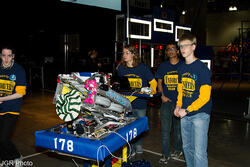 Together, ebm-papst’s engineering and manufacturing experts help students on the two teams master science and technology concepts while gaining valuable career and life skills that are carrying them to higher education and STEM-based careers.
So how did the two teams fare at the CT Regional?

Stay tuned for our next blog, where we catch up with Hogan, Bill and the ebm-papst team as they talk in depth about this year’s competition, the game, Team Beta and the 2nd Law Enforcers.